The City Guard are members of the Imperial Legion serving as garrison for the cities of Cyrodiil. They are generally seen walking around the city, or at its gates and the castle. Almost all guards in Cyrodiil are Imperials, although there are a few exceptions who are either Redguards, Nords or Bretons. Like most generic NPCs, they will respawn after being killed. There are a few exceptions, but most guards are not on duty 24 hours a day. They work in shifts, just as real guards would. In most cases, a guard spends half a day either at his post or patrolling, then another guard will come to relieve him. He will then go to the nearest guard barracks, chat with other guards, eat and drink, and then finally go to sleep until it's time for his next shift. 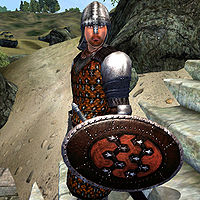 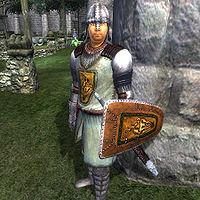 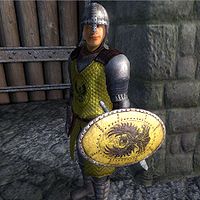 *Encountered during the A Brotherhood Betrayed quest. 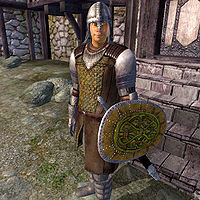 * The guard outside Aldos Othran's House is essential and cannot be killed.
** There is an erroneous entry in both this guard's daytime and nighttime schedules that would send him to Borba's unexpectedly, however it is never actually used due to other entries always taking priority. 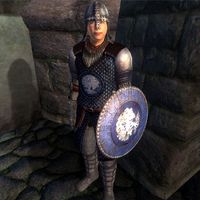 *These two work non-stop, they never eat or sleep. 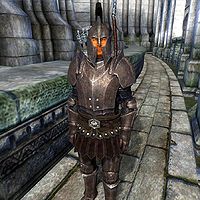 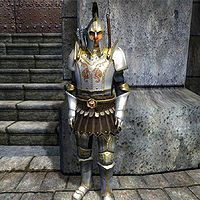 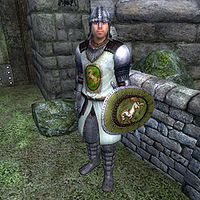 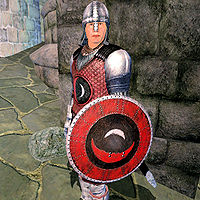 It appears that originally the player could surrender to the guards while he\she was the Grey Fox "So the infamous criminal surrenders, this calls for a celebration, ehm...pay your fine or serve your sentence, your stolen goods are forfeit."

The Player could bribe the guards to overlook a crime. "I don't usually take bribes, but I'll look the other way just this once, if I see you again though, I'll have to arrest you."