The Dark Brotherhood is a guild of professional assassins with considerable influence and power. It is similar to Morrowind's Morag Tong, but despite a common misconception is a completely separate organization; also, the legality of this organization is much more limited than that of its older cousin. Entry is governed not by completing a given task, but by the Brotherhood observing you committing murder.

According to Lucien Lachance, the Dark Brotherhood has sanctuaries all over Cyrodiil, however only one of these is ever accessible to you; the basement of an abandoned house in Cheydinhal. This particular sanctuary was founded more than 200 years ago.

* The rank of Executioner is not available to you; your promotions skip straight from Assassin to Silencer. However, it is officially one of the possible ranks for a Dark Brotherhood member.

For more information about the history of the Dark Brotherhood, see the lore page.

Murder someone! As you've most likely heard spoken by citizens anywhere in Cyrodiil or the Shivering Isles, the Dark Brotherhood recruits new members by contacting murderers in their sleep. If you want to join and have yet to kill anyone, you must murder an innocent citizen. Upon killing a citizen, whether or not you were detected, a message will appear saying, "Your killing has been observed by forces unknown...." The next time you sleep in a "safe location," a message will appear saying, "The air grows chill and a shadow approaches...." You will then be woken by Lucien Lachance, a Speaker of the Dark Brotherhood. He will offer you membership and describe what you must do to be accepted.

Note that you cannot just personally see to an NPC's death; you must actually murder them in accordance with the game's crime engine. For example, if you have a poison or enchantment that does damage over time, and it's the poison or enchantment, not the initial attack, that does the final point of health damage, you will not trigger the questline.

If you do not wish to level up in the process of joining the Dark Brotherhood, the sleep needed to initiate the quest Through A Nightmare, Darkly will not cause you to level up, but once you cross into the dream world, you will be confronted by Lucien Lachance.

If you don't want to join the Dark Brotherhood, and have been given the offer to join due to something like the Origin of the Gray Prince, you can avoid joining in two ways:

Almost any non-essential NPC could be killed if you choose. Several quests involve the deaths of NPCs, some of whom could be used as a target to gain entrance to the Dark Brotherhood (Scripted Deaths shows a non-comprehensive list). Also, after most quests are completed, people involved in the quest could become valid targets without consequence. Here are some recommended NPCs who make good targets: 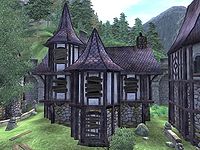 The abandoned house above the main safe haven of the Dark Brotherhood. 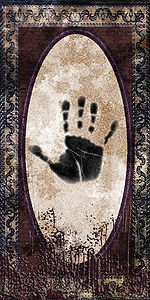 Banner of the Black Hand

*There are about a dozen small factions associated with the Dark Brotherhood besides the main one.