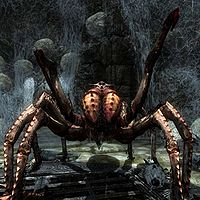 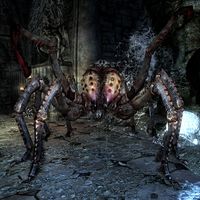 A second Wounded Frostbite Spider can be found in Dimhollow CryptDG behind a closed portcullis, where it fights with a Master Vampire. It often loses this battle.