Archery is the skill governing the use of bows and crossbowsDG. Each skill point grants a +0.5% bonus to the damage dealt with bows and crossbows. The Archery tree has a total of 9 perks, requiring 16 perk points to fill.

In-game Description: An archer is trained in the use of bows and arrows. The greater the skill, the more deadly the shot. 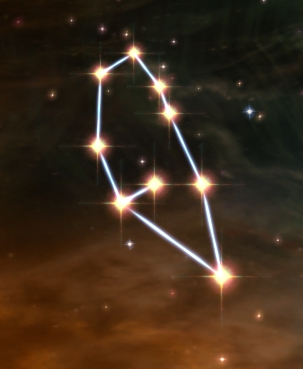 Arrow damage is the sum total of the quality and material of the bow and the arrow being used, as well as the bow's draw length. A bow will not deal its normal maximum amount of damage until finished being fully drawn. Arrows that are misfired accidentally before firing the bow result in a damage penalty. Drawn bows can be cancelled by pressing the 'Sheath Weapon' button.

The trajectory and speed of arrows are independent of a character's skill level in Archery; only damage increases with skill level. When shooting an arrow, you will discover that arrows have significant 'loft', or upwards movement, particularly at medium ranges (See Notes). To compensate, you should aim just below the intended target in order to hit it. If the target is moving, aim where they are going to be, as the arrow is a rather slow projectile. Note that the Steady Hand perk affects neither the speed of the arrow, nor the enemy, so lead your target the same as if time was not slowed. If the target is farther away, then aim slightly above it, as gravity has an influence on trajectory. Note that the Eagle Eye perk does in fact decrease the influence of gravity, so do not aim as high as you would if you were not zooming in. Since there is no hit location recognition in Skyrim, trying to achieve headshots will not cause increased damage, but rather may cause your shot to miss if you do not properly account for the arrow's trajectory.

While you have a bow equipped you cannot block attacks; however, you can perform a melee strike with the bow by pressing the 'Block' button. Doing so costs a small amount of Stamina, but will stagger the foe, giving you time to set up a shot, flee to a safer distance, or switch to a melee weapon. In addition, having high skill in Block and the Deadly Bash perk will cause the strike to inflict significant damage. (5.5 * 5 = 27.5 at 100 skill and Deadly Bash 5x damage perk.)

Most bows and crossbows can be upgraded at a grindstone based on perks invested in Smithing. Arrows and bolts can also be crafted if you have the Dawnguard add-on. You should always be on the lookout for better arrows whenever possible, as the damage difference between iron and Daedric arrows is significantly larger than between any other iron and Daedric weapon.

There are places where NPCs can sometimes be found taking target practice, and their arrows and bolts may be retrieved from the target dummy; for example in Dragonsreach, Great Porch, in the courtyard of Castle Dour or in the cistern area of The Ragged Flagon.

Arrows and bolts shot by you that hit your opponent can sometimes be recovered from their corpse; the Hunter's Discipline perk increases this chance of recovery. Enemy missiles that strike you may also be added to your inventory. If an arrow or bolt fired by you or an enemy misses its intended target, it can almost always be recovered from the ground or a nearby object, if you can find it. Note that missiles that strike non-flesh enemies, such as skeletons and mudcrabs, will often bounce back toward you. Enemies that break apart upon death (such as skeletons) will drop all the arrows you have shot them with when they die.

With the perk Eagle Eye, you can press the Block control to zoom in on your target. However, doing so slowly drains your Stamina, and cannot be maintained indefinitely. With the Steady Hand perk, using Eagle Eye also slows time by a 25% (50% with the second rank), making everything appear to move in slow-motion. This effect allows you more time to think through and set up the shot. Although the action of drawing the bow will occur in slow-motion if you have not nocked the arrow before pressing the Block control, there is an exploit around this that can significantly increase DPS (See Bugs). Note that you cannot zoom in while under the effect of the Slow Time dragon shout, regardless of whether you have perks in Steady Hand or not.

Firing a bow has three stages:

The nock stage appears to take about 0.4 seconds and the rest stage about 0.6 seconds regardless of bow or perks. The time required for a full draw depends on the bow, however; heavier bows tend to take longer to draw.

Bows made of better material tend to draw more slowly, but you can always choose to draw partially for heavier bows. Better material bows always have higher damage per second than lesser material bows, but weaker bows can stagger opponents more frequently, because it takes less time to fully draw them. Below is a chart displaying the damage per second of the base bows in the game. It is worthwhile to note that while the (Supple) Ancient Nord bow has the second highest DPS in the list, it can't be tempered, so it lags behind other bows as your Smithing skill improves. Bows with higher DPS fare better in close quarter scenarios. However, DPS is irrelevant when sneaking, as only base damage matters.

Note that a Bound Bow with the Mystic Binding perk achieves a DPS of 21, significantly better than any other bow in the game. Also, with the Dawnguard add-on installed, two unique bows are added: Zephyr, with a DPS of 11.7, and Auriel's Bow, which shoots at the same speed and has a higher base damage.

Note that the base damage and DPS does not include any damage added from arrows, or power attacks (fully drawn bow), or from enchantments that might exist on enchanted bows.

The following races have an initial skill bonus to Archery:

The equation governing skill gain in Archery is thought to resemble something like this: