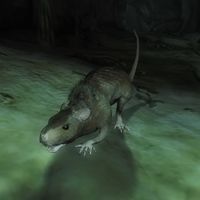 86 guaranteed samples can be found, in the locations marked with magenta crosses on the map. The places with the highest numbers of samples are:

Rat Meat comes from most types of Rats, including the standard Rats encountered everywhere as nuisance creatures. Some rats that do not yield Rat Meat include those identified explicitly as Sewer Rats (found in the Imperial Prison Sewer), the possibly invisible ones near Fort Caractacus, the test rat in Lazare Milvan's basement, and Llevana's Tunnel Rats.

Rats can randomly appear in nearly every dungeon in the game at all levels. Places where multiple respawning rats are guaranteed to appear include (red circles on map): 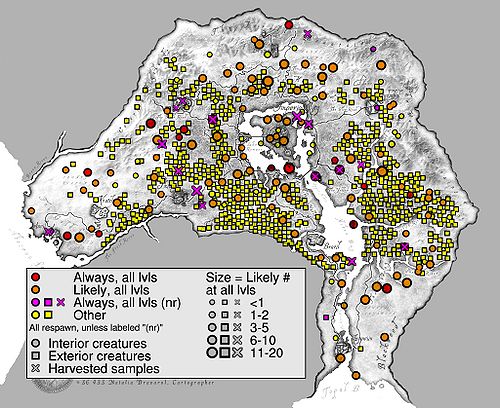