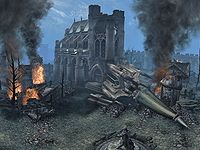 The Chapel of Akatosh

The Chapel of Akatosh is near Kvatch's south gate, southeast of the castle. Brother Martin is first met here during Find the Heir. 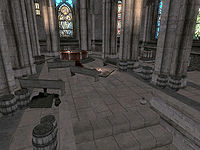 Main body of the Chapel 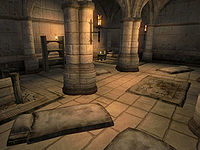 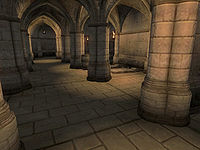 The main level consists entirely of the main chapel room, the Chapel of Akatosh; the Chapel Hall and Chapel Undercroft are on the lower level.

The chapel room lies east-to-west, with the main altar on the east end. On a rug in front of the altar sits two loaves of bread and a cheese wedge. Twenty barrels are scattered throughout the area; seventeen with clutter, and three with food. The two chests stacked behind the main altar also hold clutter, as do the seven non-respawning sacks throughout the room. Between the columns and against the walls also lie eleven bedrolls.

† Relocated during the related quests