Thanks to taunting you, you realize that to finish the job you've started, you'll have to go to the Imperial Palace and beat him.

The Imperial Palace is located in the Imperial City, which is in the center of the continent. When you arrive at the Imperial City, head due south and keep going until you can go no further: that's the palace. Click on it to enter, but make sure you save before entering. You will not be able to exit the palace once you've entered.

The palace is for the most part a straight dungeon crawl. There are quite a few more than in any other dungeon, and they are many more of the very tough ones, such as and. You'll want to bring plenty of and, but this time bring twice as many Potions of Heal True as you had in the last dungeon, and try to save at least half of them for the fourth level. Potions of resist shock will also be very useful when facing the liches on the fourth level.

You will find that the first level is already mapped out for you and there are three ways down. One is in the northwest corner, another is in the northeast corner, and there is one close to the entrance in the west central section. As you enter you will immediately have fireballs shot at you from at least two wraiths. Using a potion of resist fire, or some other method of reducing the damage, and charging straight at them is the easiest way of dealing with them. The rest of the first floor isn't particularly difficult.

If you have, you can cut through the bedroom walls to the west of the throne room pools and quickly get down to the next level. If you do not, it's a slightly longer journey to the way down. The northwest way down is the easiest to get to, but if you want the quickest way down, you're better off looping around to the west to get to the west central way down. On this level, you'll face mostly warriors and.

On the second level, if you took the west central way down, you will find a way down that is very close to you. Immediately head east, then north through the first door. There is another way down in the southeast corner.

On the third level, there are two ways down along the west wall, both pretty much central on the north-south axis. The easier one to get to is the north one: go north at the first corridor, go west through the next two doors, and go down. Be prepared to encounter lots of.

On the fourth and final level, if you have Passwall, you can avoid running a gauntlet of liches if you wish. Head as far south as you can go, then cut through the wall south and east till you see an east-west corridor (you may have to loop a bit back west). Otherwise, you'll have to head north, then east, then south, then back west through that last corridor, fighting a veritable horde of liches and a few other miscellaneous monsters. But no matter what you do, you will have to kill at least four liches, two at a time.

Go through the door at the west end of that last corridor. Tharn has outfitted the bottom of his palace with a lake of lava to protect the Jewel of Fire, which is sitting in a cell on an island in the center of the lake. The Jewel's cell door is magically locked and needs a mithril key to open it. You can open the Jewel cell without delay if you have the. If you don't have Skeleton's Key, you can find the mithril key on a platform (26,25). That is in the northwestern room of the island (hit the door with a weapon to open). The safest and quickest way to finish the game now is to use Levitation and run as fast you can to the island. Ignore Jagar Tharn as you run straight to the northwestern room, hit the door a few times, get the key and run for the gem in the northeastern room. If the furious mage happens to block your way out of the key-room, use Passwall to get past him. Tharn will hurl all manner of magic at you to try to stop you, and you can fight him if you like, but ultimately the Jewel is what matters; you can't kill him because...well, you'll see. If you do manage to drain him to the point he can no longer battle, you can loot him for the mithril key as well.

Open the mithril key door (21,24) and take the Jewel of Fire (20,24) which will cause Jagar Tharn to die. (Be sure to save before taking the Jewel, as the game will sometimes freeze when loading the final cutscene). Enjoy the closing cutscene.

"I had expected that with all eight pieces together, the Staff of Chaos would activate and free the Emperor. None of this has occurred, and I finally know why. Held by Tharn is a gem of the rarest qualities. Legend has that it is a star fallen from the sky, for it glows with an inner flame. This is the Jewel of Fire, and the crucible of Tharn's life force. It is also the thing in which Tharn has suffused all of the energy of the Staff. If you can touch the Staff to this Jewel, the release of that combined energy may be enough to destroy the Staff of Chaos and open the gate between worlds. If you are successful, Tharn will no doubt be destroyed as well. There is only one way to get this Jewel. You must make your way into the Imperial Palace and find wherever Tharn has hidden it. Be warned, once inside Tharn will throw the full might of the Palace Guards and those creatures made to resemble the Imperial Guard against you. They are but puppets of Tharn's machinations. Have mercy on them, for they know not what they serve. With Tharn, however, such care need not be taken. If you are successful a dimensional door should open, freeing the Emperor. With the Jewel drained of energy Tharn should also perish. There is a problem however with this course of action. Tharn, in his fear, has made the Imperial Palace inaccessible. If you have been there you already know the Guards are under orders to turn all who approach back. I think that I can circumvent this with a Spell of Altering but it will mean the last of the energy holding me in this form. I will gladly sacrifice myself however, so that Tharn can pay for his betrayal. The spell I cast will alter other's perceptions of your appearance. The Guards posted outside the Imperial Palace should be fooled and allow you entry. I only hope it will be enough. You have done more than a hero could be asked. This is the final step of a long journey. Take heart and go forward with my blessings. I thank you, in the Emperor's name." 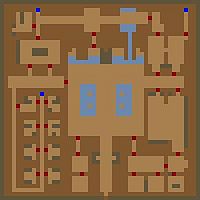 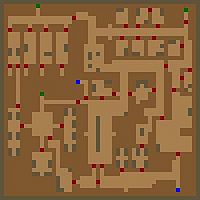 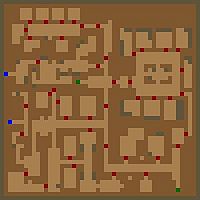 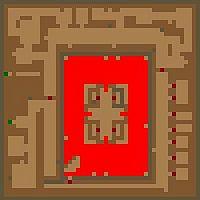